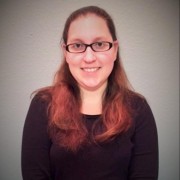 Review: He Found Me by Whitney Barbetti

About the Book: When I was seventeen, I disappeared. I walked out the door of my apartment with a backpack and never looked back. I left the life of Cora Mitchell behind, seeking freedom from my real-life nightmare. But my freedom came with a cost. I lived a fictitious life for the next six years, never letting anyone close enough to see underneath the façade that was Andra Walker. I was content with my simple little life. Until I met Julian. And the moment I started allowing myself to open […]

ABOUT THE BOOK: Harlow Jones has a troubled past, and a questionable future. Surrounded by death, tragedy, and intrigue, she is forced to mature long before her time. Plagued by anxiety and depression, she hides her inner turmoil with spite and sarcasm. Her thick skin is impenetrable…or so she thought. Until she becomes involved with her grade twelve English teacher. In this exclusive entry into the new adult genre, with raw style that is as dark as it is poignant, Collide presents the ultimate choice: forbidden love or doing the […]

ABOUT THE BOOK: Sadie had a bumpy upbringing but she’s still managed to drag herself out and carve a career for herself. That all comes crashing down when she, along with the women she manages; Mags, Lexi & Steph, get made redundant. She’s screwed. In hindsight she shouldn’t have attacked her colleague in a moment of rage. There goes the reference. When they all bump into each other a few months later at the job centre Sadie finds she’s not the only one in a hole. Steph’s boyfriend has left […]

ABOUT THE BOOK: Kiora is rapidly learning that evil and lies come in shades of black and white and swirling greys, but nothing could have prepared her for the shock of leaving Meros. Kiora and her protector Emane step through the pass into a world they never knew existed but were always meant to save, only to find it far worse than they could have ever imagined. Good has been forced into hiding for its own survival, while the rest of the land bows to the Shadow, a force that […]

The Ringer’s Masquerade The box set of the Ringer’s Masquerade Series by  Sarah J. Pepper RELEASE DATE: Thursday, July 30 ONE LINER Secrets can kill. I know theirs. They created us. But they can’t control him. About the book: The Ringer’s Masquerade features all three full length novels in the series. Devil’s Lullaby, Death’s Melody and Angel’s Requiem. Sebastian’s world is laced with inconvenient truths; mine is saturated with sweet, beautiful lies. He promises me nothing of a happy ending. Even so, the demonic spawn with an angelic voice derails […]

Title: Quarter Mile Hearts: An American Muscle Novel Author: Jenny Siegel Genre: Contemporary Romance Release Date: July 7, 2015   About the book: Following an accident injuring her dad, twenty-four year old Leigh Storm returns home to the town she was once so desperate to escape.   It is only a matter of hours before she runs into Max ‘Manwhore‘ Morgan. Dark eyed and dangerous to her heart, he is the very last person she wants to see. It might have been four years since she saw him last, but there’s no denying the […]

Death Unscripted by M.K. Graff Release Date is August 25, 2015   About the book: Trudy Genova has the best nursing job, working as an onset and script medical consultant for a Manhattan movie studio. No more uniforms, night shifts, or real emergencies. That is, until a soap opera actor Trudy has a tense relationship with dies suddenly while taping a hospital scene—but not before pointing his finger accusingly at Trudy. Detectives Ned O’Malley and Tony Borelli view Trudy as a suspect, and in an effort to prove them wrong, […]

ABOUT THE BOOK: Once upon a time Sarah Fader wrote a blog post called 3-Year-Olds Are Assholes. It went viral on HuffPost Parents with over 400,000 shares on Facebook. This book tells the story of three-year-old Samantha, who is determined to make a rainbow. It features illustrations by Shari Ryan. BUY LINKS: Amazon | Goodreads | Barnes & Noble REVIEW: This is a very short story. I didn’t know what to expect when I first saw the title and cover, but I knew that I had to read it. I […]

Review: Be Mine by Isobelle Cate

About the Book: Gracie Sinclair just wants life to return to normal. Now a widow and picking up the pieces after the death of her husband, she delves into her work, seeking a new normal, until she bumps into a handsome stranger who derails her orderly life, completely. Luke can’t wait for the week to be over. Having built an engineering company into a multi-million pound enterprise in record time, he feels…empty. Nothing satisfies him anymore, not even having weekenders in his bed. But when he bumps into a woman—literally—on […]

It’s release day for Gia Riley’s Weightless! I love this contemporary romance so much, and it completes the Begin Again duet. And! Book 1, Lighter, is on sale now! Check out all the release day festivities! Blogs Taking Part in the Release Day Launch The Other Side of the Shelf Mama She’s Crazy About Books Bound In Ink Book Blog Us Girls & A Book A Pair of Okies Once Upon a Book Blog those naughty girls book club Always Falling for Book Guys JeanzBookReadNReview Southern Vixens Book Obsessions Amazeballs […]